Optimize Your Ability to Self Heal

A Holistic Approach... > Health > The Column > Optimize Your Ability to Self Heal

What if the reason you do not heal quickly and continue to get sick is because your body’s self healing mechanism is inefficient? Could there be a way to optimize your immune system so it is able to receive messages from the brain more effectively? If so, how would this be accomplished?

Note: The post below appeared in The Valley Daily Post. It is re-posted here with minor edits.

The place is called The Scher Center for Well Being and it is located in Santa Fe. During the “Wine, Women and Chocolate” event the founder, Dr. Scher, a chiropractor, demonstrated a treatment modality called an entrainment on another presenter, who had been a practice member for some time. The technique is based on something called Network Spinal Analysis or NSA, which involves very little contact with the body and all energy. The demo seemed strange at first; the subject made some interesting sounds and movements but I understood what was happening for the most part.

They offered an assessment and report of findings to determine what type of treatment might benefit each individual. I decided to go for the assessment. Several scans were performed to determine the condition of my spine as well as a scan of my “fight or flight” response at rest. I received my report of findings a couple of weeks later. The good news was that my fight or flight response at rest was not far off the mark of “normal”, however it did lean into the area of “sympathetic” response, which is the system that is responsible for fight or flight. Ideally, unless we are actually in such a situation, we should be more toward the parasympathetic side, which is the state in which our bodies heal.

What alarmed me the most were the scans of my spine and my head. I have known for decades that I store my stress in my upper back, at the base of my neck. I have done many things to try to deal with it including chiropractic and massage and in some ways there have been improvements but no matter what I do I cannot seem to get it cleared completely. It is likely because those address the symptom rather than the cause. As a result of my stress being stored where it is my body appears to be lunging forward slightly, as if ready to fight or fly. Wow! The scans also showed my head pulling to one side to compensate for something. It was clear these issues must be corrected soon.

I feel very strongly that the treatment based on NSA is the only thing that will help me accomplish this, if it is to be accomplished at all. The idea behind NSA is a very simple and obvious one but which is really never discussed; it is called reorganizational healing rather than restorative treatment, the latter of which is used in every other treatment modality I am aware of. At its core reorganizational healing retrains the body on how to respond to challenges – physical (injuries, illness etc.) or emotional (trauma, adversity, etc.). Our bodies have built-in mechanisms to protect us during stressful situations, which are very useful and necessary but should only be activated on occasion. When we are constantly dealing with stress, as it seems is the norm anymore, we are in constant fight or flight mode. As a result energy is stored in various parts of the body to be dealt with at a later time but these days it rarely has a chance to do so. At these stressful times only the sympathetic system is at play and the parasympathetic system is rarely at work except perhaps while we are in that deep REM cycle of sleep. Only when we are fully relaxed is the parasympathetic system triggered allowing our bodies to truly heal. The entrainments allow the body to ultimately access the energy stored in inaccessible places on the body in order to respond to challenges more efficiently. It essentially reprograms the body’s fight or flight response to view challenges as something good, e.g. a challenge becomes an opportunity rather than a handicap. Because it has taken the body many years to respond the way it does – usually in a negative way, viewing adversity as a bad thing – it stands to reason it would take time to retrain the body to deal with challenges in a healthy and positive way, viewing adversity as an opportunity.

Chiropractic involves a great variety of treatment modalities and this is but one of many. There are also many chiropractors practicing NSA throughout the country. For more information visit http://www.healingwithoutlimits.com/ 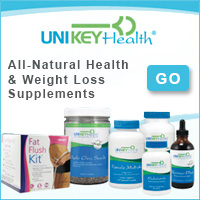 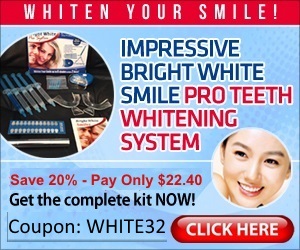